I watched a gameplay trailer of Mirror’s Edge: Catalyst today, and to my great delight, I discovered it was an open-world beastie. I’d like to take credit for that artistic decision, but, uh, I’m a bit late to the party. Bugger. Anyway, I’m very excited to hear that Mirror’s Edge has gone open-world – possibly unsurprising given the dominance of the genre at the moment, but we’ll see how it stands on its own merits. If it works, I’d definitely describe it as a significant step forward in creating the city as character. But before we get too congratulatory, let’s talk about the next obstacle: populating the city.

The problem I have with RPGs like KOTOR et al is that they feel very empty. Everybody who exists in those games seems to exist for one of three purposes: to fight against you, to fight for you, or to provide you with quests. In each of these situations, their sole purpose within the game is you. Let’s take an example: in KOTOR 1, there’s a Romeo & Juliet-esque situation on Dantooine, with two rival families (Matale/Sandral). There’s different ways it can play out, and lots of emotional drama – and it should be really exciting and evocative, but it’s not, because there’s a point where you realise that you’re the only person that can solve these problems and they won’t get solved unless you do it. It all just comes to feel a little too artificial, a little too simple. 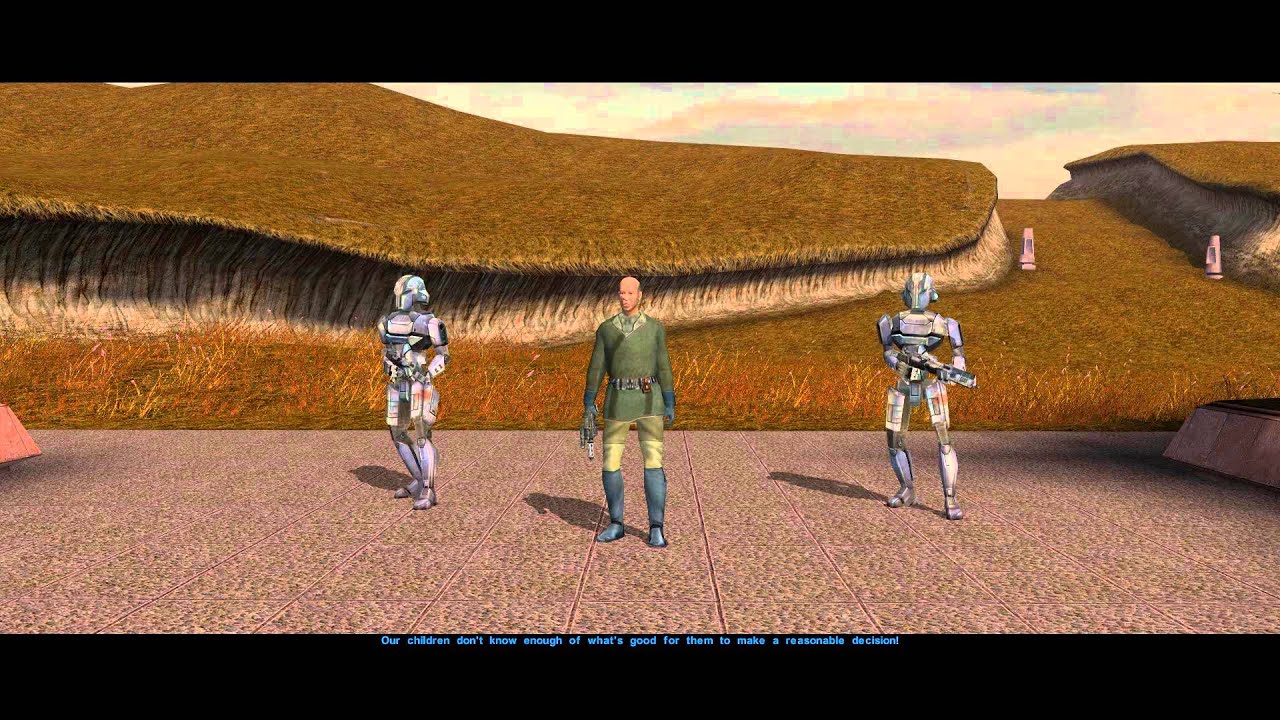 Part of the issue, I think, is that the people on the world don’t feel self-sufficient, in much the same way as the city didn’t feel like a real city when it was just linear curated levels. When everything that’s happening relies so heavily on the player, things become unrealistic. And I mean, sure, I can understand the rationale – it’s the empowerment thing. You make games exciting by making the player’s actions fundamentally significant to the nature of the world – it’s raising the stakes to raise the tension, and to glorify the player’s achievements. Thing is, I wouldn’t call it glorification so much as a tired, strained attempt at hype. It’s a similar complaint to the one that’s periodically levelled at Doctor Who: there’s only so many times you can threaten to destroy the universe before the wow-factor wears off. We have to move past hype and player-centric narratives and start building worlds, with real characters that are capable of functioning when you’re not there. 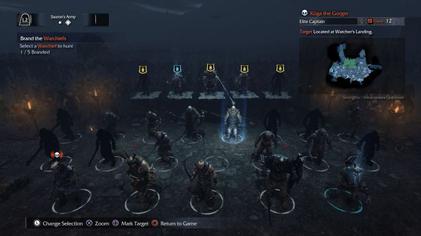 The example I’d like to draw on here is Shadow of Mordor, but I can’t, because I haven’t played it yet, because my PC is too old. It’s a fact that haunts me daily. It’s a good example of a populated landscape though – admittedly the orc leaders aren’t all within one city, but what we do have is an organic evolution of the relationships between NPCs. As far as I understand from the reading I’ve done, various orc leaders can attack, backstab, and usurp power from each other – which is awesome! It’s still your job to go through and murder them all, but there’s this sense that there are things which happen without reference to you, which is precisely the effect we’re looking for with the populated city.

Another frustratingly second-hand point of reference might be the game described in this Kotaku article from the other week. The game’s called Vampyr, and it’s from the folks who made Life is Strange (another game I have yet to play, sigh). There’s a few different things going on, but the one that I’m really excited about is the idea of a populated city – so this is bang on what we’re talking about. There’s a quick example from a demo: you see an old guy arguing with a young guy, and then the old guy storms off. It turns out they’re estranged father and son, and there’s various backstory, and you can do various things. You can help reunite them and help them overcome their differences, or you can just murder them – whatever. It’s not clear whether circumstances will actually evolve on their own (that is, without your involvement), but at the very least what we do have is an NPC ecology. Each NPC has a relationship with all the others – they’re people, with opinions and relationships that exist beyond you. That’s really cool – and it’s the sort of thing we’re talking about with regard to Mirror’s Edge: Catalyst.

Cities are organic entities which grow and evolve over time. They have a history determined by the various interactions of their inhabitants. A video game that wants to capture that sense of organic development needs to tap into the haphazard and unpredictable. You know those computational models of simulated bacteria growth and the like? That’s what we need for populating cities. There’s little hints of it in games like Shadow of Mordor, and hopefully in Vampyr – it’s a little bit roguelike too, in the importance it places on random generation, rather than prescriptive pre-planned levels. The difference is that it randomly generates NPC action and development as a tool of impacting the cities.

There are certain questions that this raises regarding how we can continue to tell stories. Surely, if people are randomly generated, then you can’t have a pre-planned story, because you don’t know who’s going to be dead or alive at any given moment. This seems to be the problem encountered by the folk who made Until Dawn – they tried to make a ‘branching story’ by allowing character deaths, but the main story-arc was still linear, so it didn’t really end up that branching after all. Certain events had to happen, because that was how the story was built, and so certain characters had to be alive to experience it. There are ways around this problem – we see it in Shadow of Mordor, for example. Again, I haven’t played the game, so this is second-hand knowledge, but I believe they allow for an organic evolution of the orcish power structure on the grounds that you have to kill all of them anyway, so it doesn’t really matter if they kill each other off. At the same time, I suspect the story-element of Shadow of Mordor is pretty piss-weak – I can’t see it extending much beyond ‘Kill those orcs’. Could be wrong, but that’s my suspicion. I’ll find out after I buy a new laptop.