I went round to a friend’s place last weekend, and he got me playing a bit of Dark Souls 3. That in turn prompted me to pick up the original Dark Souls again, which I’d tried out and promptly abandoned after meeting the Capra Demon. He’s this big bastard in a really small pokey alleyway – look, just believe me, alright, he’s a pain in the ass. Anyway, I couldn’t get through the first five seconds or so of this fight, so I put Dark Souls in the Too-Hard box and walked away. Now, however, I’m back to it, I’ve beaten the Capra Demon, and I’m clipping through at quite a heroic pace. Continuing on from a previous article, I’d like to talk about difficulty some more.

Writing about Submerged I mentioned how the lack of difficulty annoyed me, and, more to the point, how difficulty could be useful as a narrative device. Dark Souls is one of those games at the other end of the spectrum that really illustrates the point. I’m not far through enough to be able to comment on whether the difficulty illustrates a theme or something, but it heavily influences the atmosphere of the game. Part of it is a question of medium – I’m playing on the PC, which has a pretty shoddy port. All of the prompt buttons are Xbox-specific, for example. There’s also no explanation of what all the different categories do. Why is Resistance important? You don’t know. I’m going to go out on a limb and guess that hard copies all have manuals that come with the CD – of course, when you’re buying from Steam, you don’t get that. Actually, there might be a manual in the game files. I should go and look for that…

At any rate, the game has fucking huge monsters that will mess you up. I really admire that, actually – the thing that always kind of annoys me about other games is that you’ve got like this huge ginormous Satan-spawn who’s burst straight out of hell or something, and he just jumps around the room and occasionally throws a boulder at you. Like, if he so much as sneezed it could probably kill you, but he just doesn’t take the initiative. It’s a complaint that you can level at basically every game besides Dark Souls. In Dark Souls, all of the bosses have big swords, and they’re coming to murder you – and that’s great! You have to learn how they attack, when they pause, and how many times you can hit them before you have to run away again. You’re actually focused on learning (and exploiting) their fighting style.

To me, Dark Souls has the sort of difficulty that can be favourably compared with Super Meat Boy. In SMB, the question is whether or not you can perform fast enough and skillfully enough to complete a level. It’s a platformer, right, a really evil malevolent platformer that tests, more than anything, your skill at precision movement. By contrast, Dark Souls is a game that requires you to observe. I just recently fought the Gaping Dragon, and aside from its utterly terrifying features, it’s really not that hard. It’ll sometimes slam itself down, trying to crush you, and when it does that you run in and hack away at it. You learn how many hacks you can get before it gets back up and eats you, and then you rinse and repeat. And yeah, sure, you can probably argue there’s a level of skill in running in and running away again, but it seems like the bulk of the difficulty is actually in the analytic/observational stage. Once you know how to do it, the actual fighting bit is relatively straightforward – at least in comparison to Super Meat Boy. That’s the kind of game where knowing how to do it is easy – the actual performance is frickin’ difficult. 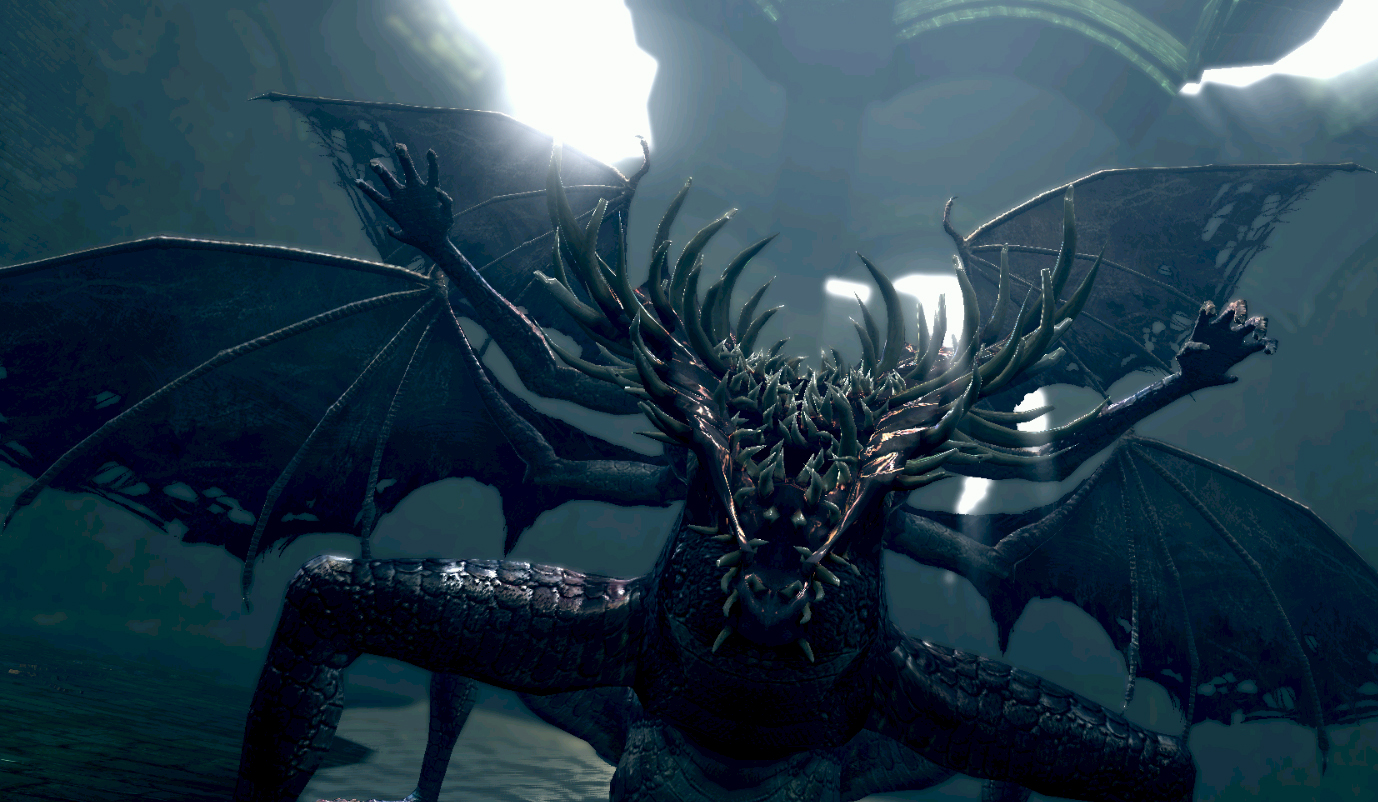 Although this division between observation and performance is probably a little hasty, I think it can be used for long enough to make some interesting points. I’m not fond of games where the difficulty stops you from progressing. On the one hand, you can argue that we should just “git good”, and there’s probably some validity to that. However, at the same time, I’m a busy guy. I don’t have fifty hours to pour into getting good at Super Meat Boy. I don’t like it enough to dedicate that kind of time to it, and I wouldn’t find anything particularly gratifying about success. By contrast, when something like Dark Souls puts its difficulty in observation, then I feel like it’s actually much more welcoming to newer players. I’m willing to spend time figuring out how this boss attacks, because that’s something that doesn’t rely on my performance as a player. It’s just about being patient and paying attention. There’s still an element of performance to the whole thing, but realistically the bar isn’t that high.

At risk of over-simplifying the whole affair, we might say that Dark Souls wants to be explored, and Super Meat Boy wants to be beaten. That’s not meant as a judgement one way or the other – I’m fond enough of Super Meat Boy, as far as it goes. It’s just an observation about where the difficulty is located. The theme of exploration in Dark Souls is also found in the way you have to stray off the beaten path to find extra items. You might find basic items here and there, but if you really go searching, you’ll find additional stuff. You’ll also likely find out more about the world, and you’ll probably also run into monsters that will kill you. All part of the fun, I suppose.