As part of a string of architecture books, I’m reading Alain de Botton’s The Architecture of Happiness right now. I’m not super impressed, all told – but there’s some interesting ideas. For example, he talks about home as a place “whose outlook matches and legitimates our own.” The basic idea is that buildings affect our thoughts – which is true. Buildings affect the way we think. They can make us feel claustrophobic or free and loose, they can make us feel contemplative or encourage activity. And they can help us create and support a sense of self. It’s a way of writing yourself into an environment, allowing us to “resume contact with a more authentic self”.

He goes on to argue that because places can be an expression of identity, a sort of abstracted placeholder warding off the soul-sucking grind of daily existence, they can also be a type of memorial. The pyramids are tombs, among other things. There’s a wonderful anecdote about the Countess of Mount Edgcumbe, who in the 18th century created a thirty-foot obelisk to commemorate her dead pig Cupid, “whom she did not hesitate to call a true friend.” It’s this idea of place as memorial that brings us to Dark Souls. 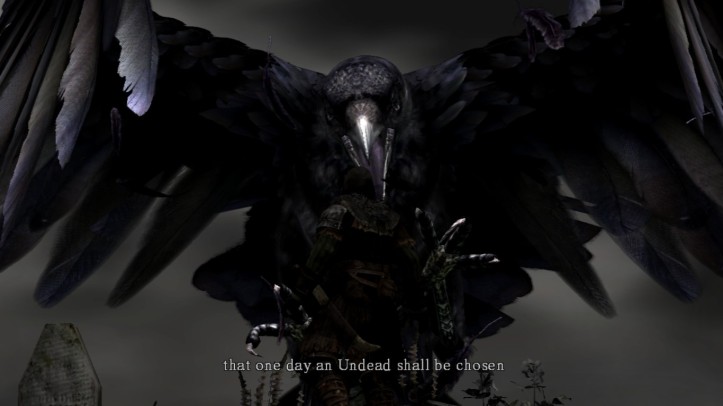 Basically I just thought it was an interesting way to conceptualise the places you visit in Dark Souls. The architecture of each location conveys a history, a series of events that’ve taken place at some point in the past. The environment for the battle with Sif contains the grave of Artorias, along with his sword. Sif waits there as a sort of guardian, commemorating the life and death of Artorias by making her home in that space. It’s not just that the space is being used – you can imagine generic Hollows using the space with no awareness of what it was intended to be. It’s that the space is being used intentionally as commemoration.

Sif’s sort of the most obvious example, because she’s actually living in a literal graveyard. Other places are still concerned with memory and memorials, but perhaps in more subtle ways. For example, the New Londo Ruins are initially flooded as fuck. It’s explicitly presented as a place with an extensive history: first there was a bunch of people who built a city down there, and then it got flooded for some reason. I’m not saying that the flooding was a form of commemoration – more precisely, I’m saying that the location itself contains a history which is itself conveyed by the physical environment. Commemoration can be unintentional – we can say that the ruins of the Parthenon are (nowadays) a type of memorial to the Ancient Greeks. It wasn’t built as a memorial, but it’s one of the fragments of their society that still exists today. It carries memories, and it’s a place where we can remember them. By way of contrast, consider this screenshot from Shadow of Mordor. It’s just a bunch of mud. There’s no past here – no memories. As an environment, it doesn’t ‘hold a memory’ of what past cultures or peoples were like – it’s not commemorative. 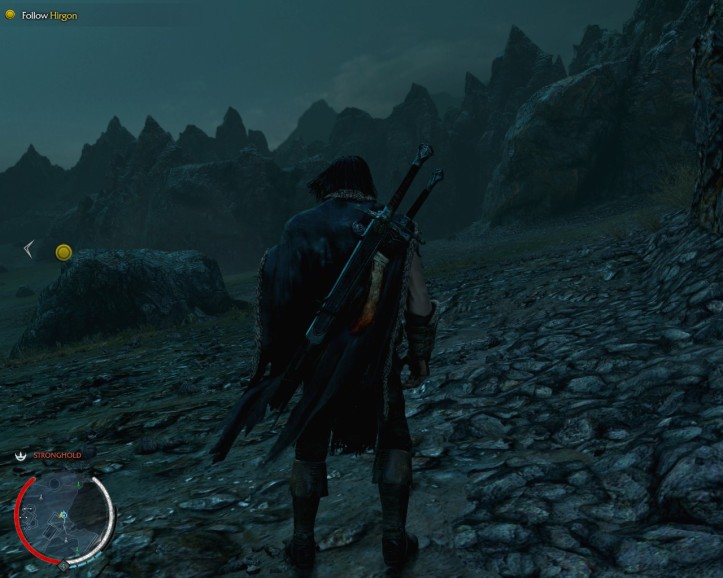 From here we can multiply examples. The Fair Lady’s eggs line the path to her lair, hidden behind her protective sister Queelag. Anor Londo is an enormous deserted capital, a voided space at the heart of Lordran, suggesting the absence of its ruler. Blighttown is parasitic, a series of temporary wooden structures built up against the original, more permanent stone base. We can go on and on: Darkroot Garden is filled with the remnants of Oolacile; Havel’s gear is stowed away in a secret room in Anor Londo; in Blighttown there’s the soul of a Fire Keeper stowed away behind bars that look suspiciously like Anastasia’s. Even though we’re partly talking about items and armour and things that aren’t technically ‘architecture’, there’s a synergy between those items and the environment ‘proper’. Both feed into the idea that memory is baked into place. 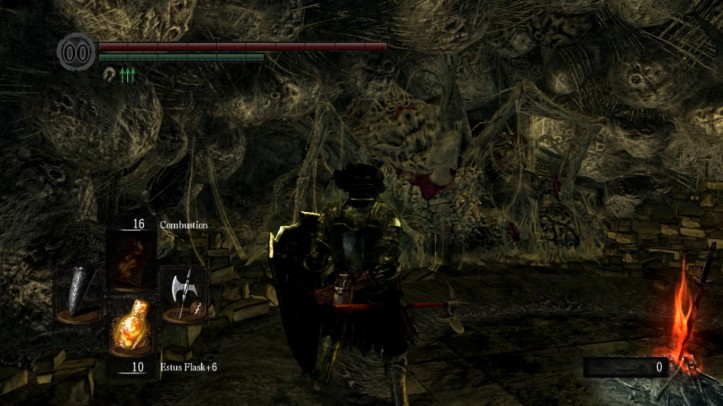 So if we think about place in Dark Souls as a series of histories, then our job as player is archaeological. We’re in charge of excavating the environment, finding evidence to support our variation on the general historical consensus. Sometimes characters will lie to you about the history of a place – or sometimes they’re even just mistaken. We have the opportunity to weigh their testimony against the more concrete detail provided by different items or locations.

This also means that the story is, in some regards, not really interested in the player-character. The character has a role, but it’s actually a relatively minor one in the context of the story being told. In the first Dark Souls, the player links the First Flame, merely drawing out the death rattle of humanity. That’s the extent of your relevance to the story. Well, unless you choose for humanity to end. That’s an option too. Okay, well, aside from that option – the point is maybe that you’re sent in the first place to link the Flame. Everything exciting has already happened – the war with the dragons, Gwyn, the Witch of Izalith spawning demons everywhere – you’re entering into the final act of a very long story. And it’s a story that’s writ large on the mountains and castles, the physical tangible stuff that makes up the fictional environment.

We can also read characteristics of regular architectural memorial back into Dark Souls: for example, by locating narrative in the environment, there’s an air of permanence that’s given to the events. They’re enshrined, mythologised. When the Countess made a 30-ft memorial to her pig, that’s a way of assigning significance to an event. (To clarify, it’s not a Dark Souls pig – I’m referring to the woman in the second paragraph up there^.) The thing about time is that it’s always moving on. By taking an event from time and commemorating it with a statue (or obelisk or plinth or whatever else), the fleeting moment is given a stable, preserved existence. It’s like a photograph: it’s a moment in time that’s ripped out of its context and given a permanent physical form, a way of staying the same even while time passes around it. The dead may be dead, but they are given life and presence in the memorial. In Dark Souls, this commemorative architecture allows you to reach back into the bowels of history, eventually bringing you face to face with Gwyn himself. Myth and legend woven into reality, facilitated by the skeletal remains of the once-great Lordran.