Quick note – according to my draft history, I began writing this on July 16th, 2017. Enjoy, I guess! You even get photos, because somehow I still have photos from AC3 on my computer. They’re not super relevant, but uh they’re technically from AC3, so that’s something.

Okay so I meant to write about this last week, but ended up banging on about whales or something, so I didn’t. No worries though – we’ve got time. Quick aside – I had a look through my spam folder and found there were a bunch of comments in there that might’ve been legitimate but just got automatically picked up. I’m not going to go through and fix them all, but if you got swept up in that, sorry! Right let’s talk about hunting animals.

So one of the potential downsides of games in general is that they’re systematic – that is, they’re basically just a collection of rules and systems. It means there’s a certain inevitability to things that can end up being a bit dull, or maybe just a bit too clean and simple. We’re going to use the example of hunting animals in Assassin’s Creed IV, because it’s a useful illustration, but it’ll end up applying to a bunch of other scenarios as well. The game carries over the mechanic of hunting animals, which existed in AC III. Basically you kill them and skin them and you can use their hides or whatever for upgrades. It’s a bit grim, but I suppose we’ve already covered that sort of thing last week. 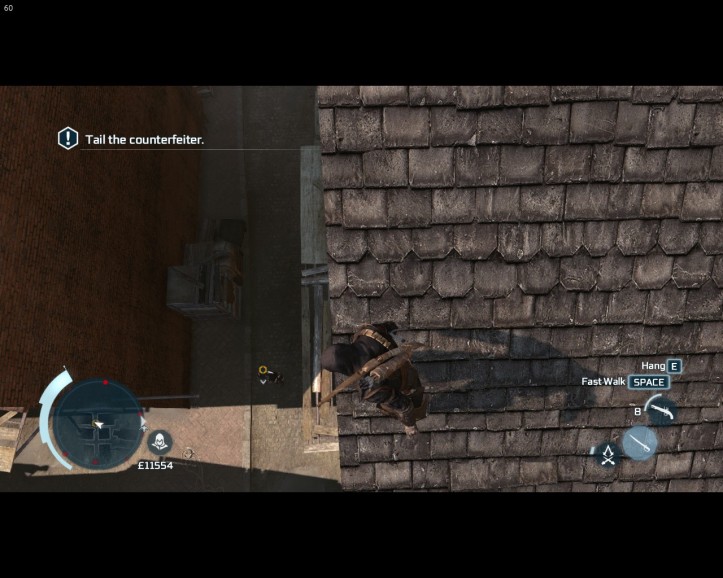 One of the things you notice hunting the animals is that it’s impossible for it to go wrong. If the animal spots you and runs off – well, that’s one way it can go wrong – but I’m more specifically looking at the act of ‘assassinating’ the animals – the game’s phrase, not mine. Let’s assume you sneak up on the animal, and it doesn’t see you, and you leap from a tree and boom you’ve killed it. Assuming that you fulfill those base conditions (don’t be seen, highlight the animal in your field of vision, click attack), you’ll kill the animal basically every time. There are exceptions, and we’ll talk about those in a minute, but here’s the basic thesis. When you fill the above conditions, nothing can go wrong. That’s not really how real skills work in the real world. Sometimes you miss. Sometimes you slip on the branch and fall out of the tree. Sometimes your prey gets startled by other animals and fucks off, or you land badly and break your foot, or you land badly and wound the animal and it fucks off bleeding and screaming and all sorts into the bush. None of that really happens in games, because games only model what they’re told to model, so the really accurate and complex modelling of reality doesn’t really happen.

There’s a bunch of qualifiers to that, which we’ll cover briefly. Obviously you could fail to, say, sneak up on the animal, so it spots you and fucks off. There are conditions that have to be met, systems that are included and that you have to abide by. So if you jump to assassinate an animal but it’s seen you and it’s running, there’s a chance you might miss depending on where you jump to and where it’s running. The argument, then, is not that it’s impossible to miss, because obviously there are a bunch of systems that are included in the game. For example, one time I noticed that when a jaguar saw me, a combat mode was initiated, and I wasn’t able to assassinate it from the top of a rock because it was aware of me. That’s a system that’s included. I’m mostly just talking about the actual act of assassination – when you jump out of the bush or the tree or whatever and do the actual stabby thing. 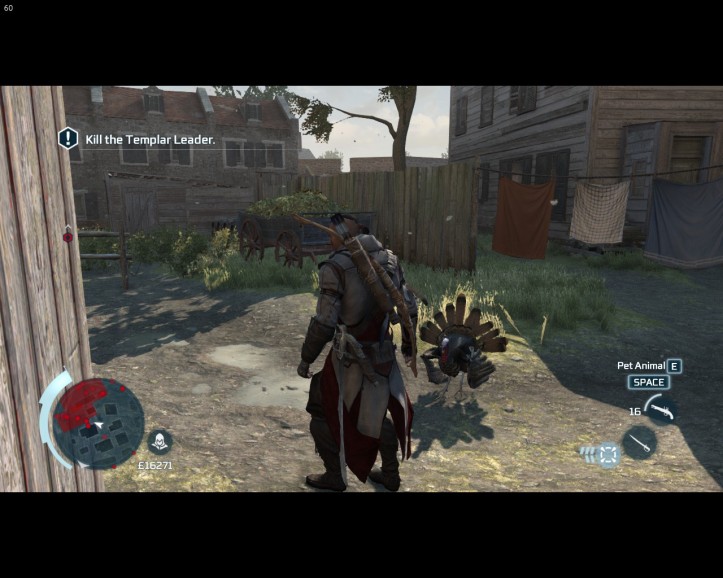 We might say that when you fulfill all of the conditions of the systems present in the game, it’s impossible to fail – but that’s a bit pointless, because obviously that’s true in the real world too. All it’s saying is that when you do everything right, it can’t go wrong. More to the point is the disparity between the systems present in the game and the systems present in the real world. So when you have the animal highlighted etc etc, and you click attack, and all the conditions are present, there’s nothing that can go wrong between you clicking the button and you killing the animal. But in real life, obviously heaps of things can go wrong. There’s plenty of other conditions present in the movement from attacking to killing that could upset the attack – and it’s the lack of those conditions in the game that can make it seem a bit artificial and mechanical. It’s not necessarily a complaint, because obviously you only want systems included in the game if they’re going to be fun or conducive to the atmosphere that the developers are trying to create, but it’s a point worth considering.

Really the bigger question here is how we simulate ‘reality’ in video games. Which systems do we include or not include in order to make the experience immersive? It’s as much a matter of choosing good systems as it is excluding bad ones – there are some games where too many systems can make the game-world seem less real. I won’t point at any examples, because it’s going to be subjective, but maybe we can acknowledge that both too many and too few systems means that you feel like something’s missing, or something’s wrong. In Assassin’s Creed III, the whole hunting animals thing felt a little artificial and clunky to me. It just didn’t capture something of the slightly random and uncontrolled dimension of hunting. It was too systematic, in a way that just made it feel a bit fake. Might just be me, but it gives us an opportunity to think about one of the wider design issues faced by game developers.