MW3: What Is Modern War?

So I feel like I basically got to the heart of Modern Warfare 3 last week – I argued that the game’s problem is that it’s really only ever about its own story, without any care for the wider implications raised by its plot structure. It’s a very surface, moment-to-moment kinda game. That said, it doesn’t mean it’s incapable of serving as the ground for further interesting study. This week, I want to talk about the nature of modern war.

In their own way, both MW1 and MW2 have very clear visions of what warfare is like in the 21st century. MW1 says that America is blundering around interfering in things and suffering terribly, while the British forces are doing these really surgical military incisions with small squads behind the scenes to keep the world ticking over. MW2 takes more of the American perspective, and really lays on the self-pity. Oh, it says, we’re just trying to help, because we’re good people, and we only ever get attacked for it. It’s obvious propaganda, in that sense – which is why I don’t really focus on it, because it’s kinda ehh. There’s not anything to say beyond ‘yup, propaganda’ – and I don’t want to do that, because I think there’s also other things that have been accidentally loaded into the game that are really revealing about that particular psyche. 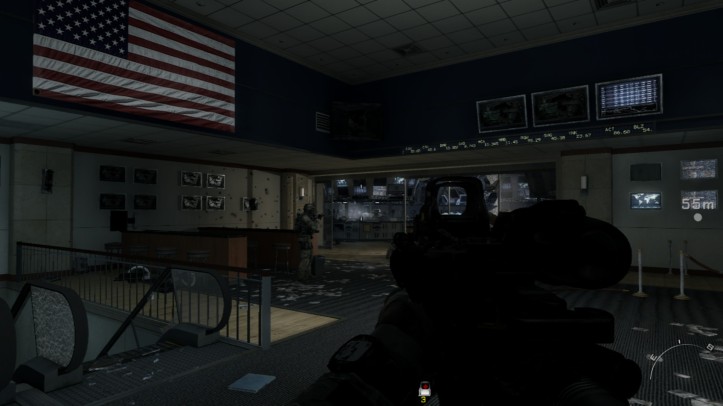 But anyway: when you look at traditional definitions of war, it used to be that the scholarly definition focused on inter-state violence. There were other terms for other types of violence, but ‘warfare’ was pretty exclusively reserved for conflict between two states – to the point where scholars of warfare would actually mock the term ‘War on Terror’. It wasn’t a war on a country, so by definition it wasn’t a war. Today, that framework has mostly dissolved. It seems weird not to refer to the war on terror as a series of actual wars, and I think the lived situation has really shifted the academic discourse. Whatever the reason, there’s now a new definition of war that takes different base units. That is, where previously the two basic units of a war were ‘Nation 1’ and ‘Nation 2’, now the units are smaller. It might be ‘Nation 1’ and ‘Militant Group 1’, or ‘Terrorist Group 1’. Subsequently, a bunch of the traditional rules of warfare just don’t work any more. It used to be that one country was obliged to declare war on another before the fighting started – it was, weirdly, a diplomatic act, in the sense that it fell within the purview of diplomats and ambassadors. For example, when the Japanese attacked Pearl Harbour, they did it before formally declaring war on America. That meant that after everything ended, Pearl Harbour was treated as a war crime – specifically because the Japanese hadn’t declared war before they attacked. That’s where the diplomatic angle becomes really obvious.

With these different units, then, the rules change. You technically can’t declare war on Terrorist Group 1, because they aren’t a proper nation, so there’s nobody to receive the declaration. There’s no ISIS embassy. So there’s a bunch of work going on in International Relations and Politics and all the rest of it to figure out the rules around armed conflict with these people. It might sound like unnecessary arcane nonsense, but it’s actually really important to have a clear set of rules governing the shape of military conflict. We have these rules to try and minimise damage to civilians. No chemical weapons, no killing the wounded, and you have to be good to your prisoners – all basic stuff, right. But the entire intellectual architecture is built around inter-state conflict. If Country X sends a bunch of terrorists to bomb your country, you declare war on Country X, invade their land, and beat them up. But say Terrorist Group Y sends a bunch of terrorists. You know that Terrorist Group Y is hiding in Country X – so how do you get to them? You can’t declare war on Country X, because they’re not the bad guys. But you can’t just go in and attack the terrorists either, because that’s a violation of Country X’s sovereignty. So what do you do? That’s basically the situation that we’re in now, particularly in the Middle East. That’s what makes modern war modern. 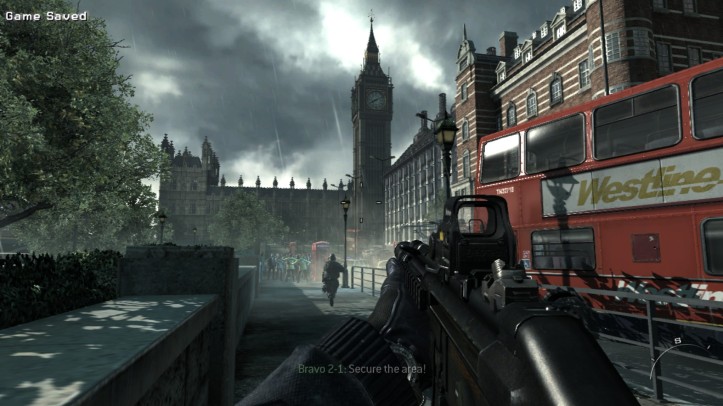 In MW, we see a bunch of different responses to that question. One option is old-fashioned invasion: the Americans invade the unnamed Middle Eastern country. That’s probably the most straightforward instance, legally speaking – there’s been a coup, the president got murdered by some guy who’s in charge now – so the Americans are actually declaring war on the country as a whole, with the explicit aim of toppling the guy in charge. It fits into that traditional framework of war. On the other hand, you’ve got the Brits, who are carrying out some possibly illegal activities on foreign soil. It’s not totally clear what the legal status is, on that front. Sometimes they’re working with Russian forces, suggesting it’s a fully legal joint effort. That’s okay. But what about when they go into Azerbaijan after al-Asad? We never really get a look at the behind-the-scenes stuff, so it’s not clear whether that incursion was given the green light by Azerbaijan’s government. If it wasn’t, then the whole operation is both secret and deeply illegal. They’re just gonna do it quietly and hope nobody finds out. In both instances, the Brits are waging quiet wars against relatively small groups. It’s not inter-national war in the same way. It’s war against terrorists, against groups and individuals rather than against states. MW2 maintains the same basic structure, albeit in its own lopsided way. The war in the Middle East becomes a war on American soil, with one nation directly invading another. That’s definitely a move away from the ‘modern war’ problem of state-vs-group, but okay, there’s still room to talk about 9/11, and the Russian invasion as a metaphor for America’s ‘under siege’ attitude, both of which loop back in to that underlying state-vs-group issue.

But then we come to MW3. In MW3, the evil terrorist takes control of Russia and initiates a full-scale invasion of Europe. All of Europe. I mentioned before that MW3 feels like a bit of a WWII game, and in part that’s because the conflict is repositioned as a conflict between states. You move through a bunch of capitals and European landmarks: you see Big Ben, the London Underground, the Eiffel Tower. They all serve as symbols of the state, drawing your attention to that higher-level conflict. It’s comically different to Modern Warfare, where you’ve got six British soldiers shooting some Middle Eastern terrorists in a fucking barn in Eastern Europe in the middle of the night. That game really deliberately inserts you into the local. MW3 is much more focused on the operations of states. It feels like a throwback to the 1940s specifically because its state-vs-state framework is how conflict worked back then. In a sense, it’s got the least modern warfare in the entire series. 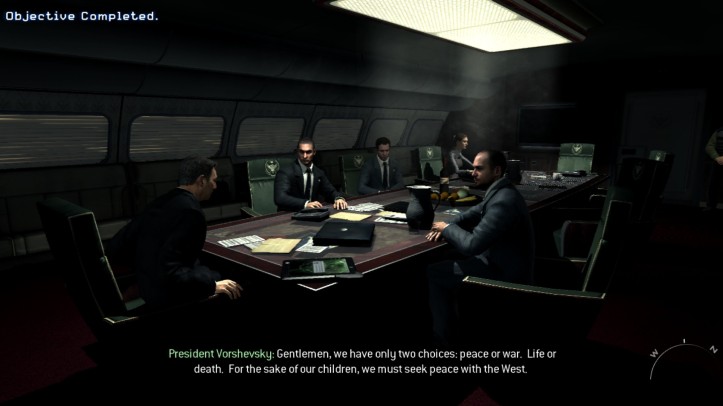 Although really that WWII stuff is just the large-scale conflict between Russia and Europe. There’s also a second plotline, which is Makarov and Price. This one’s a lot more modern. For instance, in one level Price goes off to Somalia to find a bad guy. Obviously he didn’t pass through Somalian customs though, right. He’s blacklisted, working on his own as a rogue agent. He didn’t ask the permission of the Somalian government before carrying out military operations on their soil. Here we’ve moved past state-vs-group conflict right into group-vs-group, where both groups are mobile internationally and pay no attention to the rules of individual states. Ultimately the game ends up with this weird stratification, where you’ve got state-vs-state conflict, and group-vs-group conflict. It’s moved away from MW‘s original vision of modern conflict as state-vs-group, somehow managing to move in two opposite directions at the same time, with mostly poor results. When you get down to it, the basic point is the same as it was last week: Modern Warfare 3 isn’t interested in the nature of modern war. It’s only interested in its own story, moment to moment, beat to beat. Everything else is unimportant. That said, this sort of post-mortem is useful, because it reveals why MW3 went so wrong, and in turn what the earlier games got right.